What does "Restricted for Confidentiality" mean? 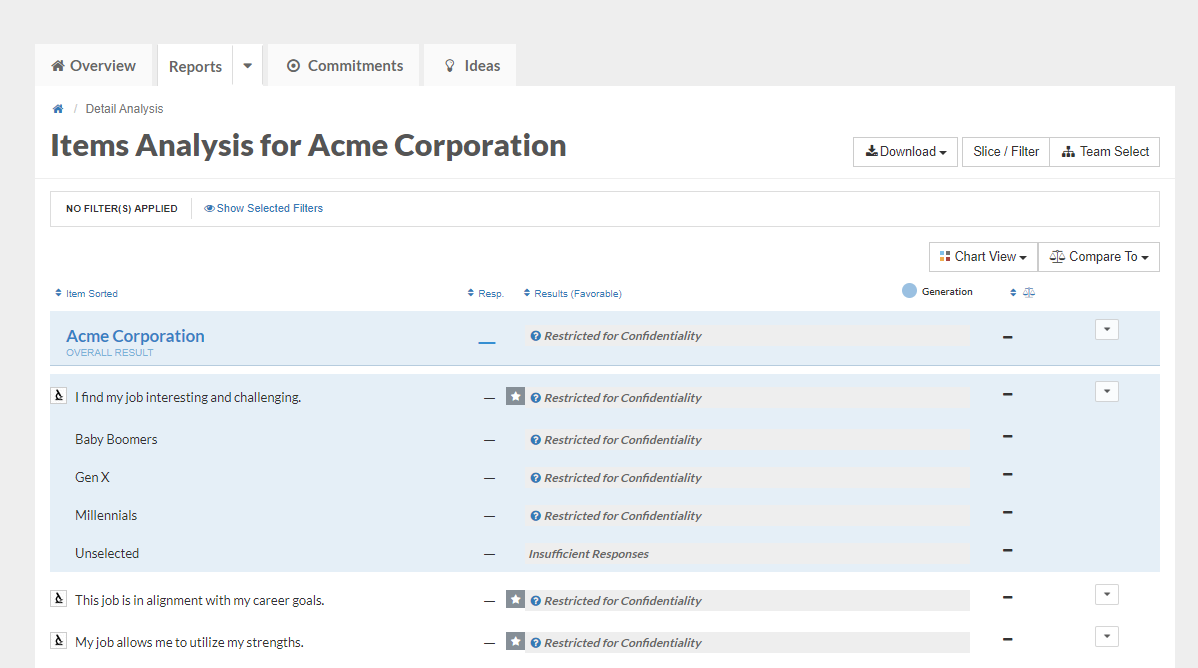 Now if were to apply this slice, you would not be able to see data for either group.

Note: This new rule only takes effect when there is a single demographic group that only has one person invited to take the survey. That is, if you are viewing results for a team with 5 men and 2 women, but only one woman takes the survey, you will still be able to slice by gender to see the men’s average results. Similarly, if you're slicing by department and you have multiple departments with only one person in them, you will still be able to see that data.