Recurring Surveys Will Close at 11:45PM on the Close Date 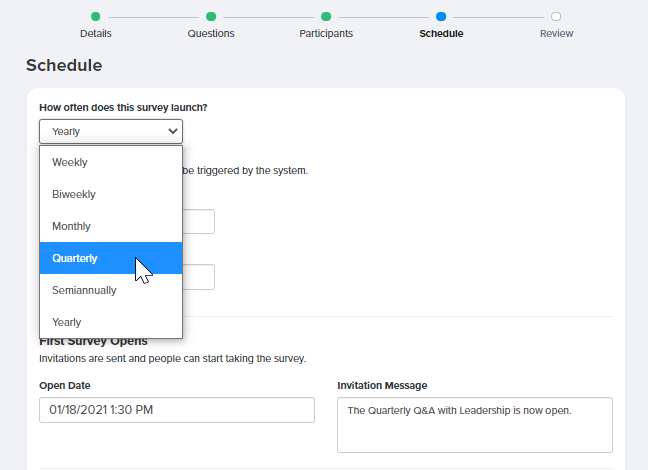 The Surveys & Pulses tool within Quantum Workplace allows you to schedule recurring surveys that automatically invite employees to complete a survey on a specific time frame (e.g. monthly). Previously, recurring surveys would default to closing at the same time of day that they had launched. This typically meant that the survey would close in the morning on the last day of the survey unless an Admin specifically rescheduled the survey close time.

In order to ensure survey-takers can take the survey through the end of the last day of the survey, all recurring surveys will now default to closing at 11:45PM on the survey close date. 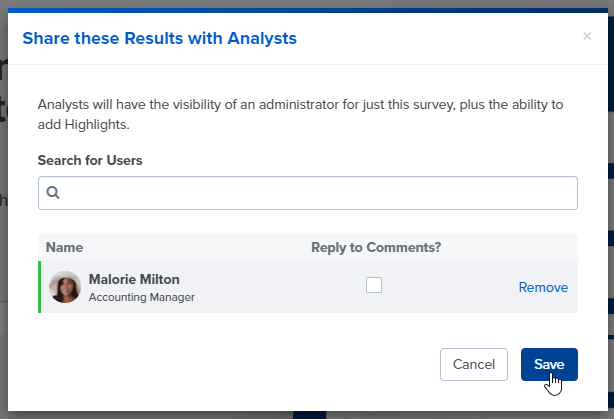 Admin users can give anyone full access to the Analytics of a particular survey by making them an “Analyst” of the survey. We fixed a delay that was preventing users who were added as “Survey Analysts” from accessing the Survey Analytics immediately. Going forward, Survey Analysts will be able to access the full analytics of any survey they have been given visibility into immediately. 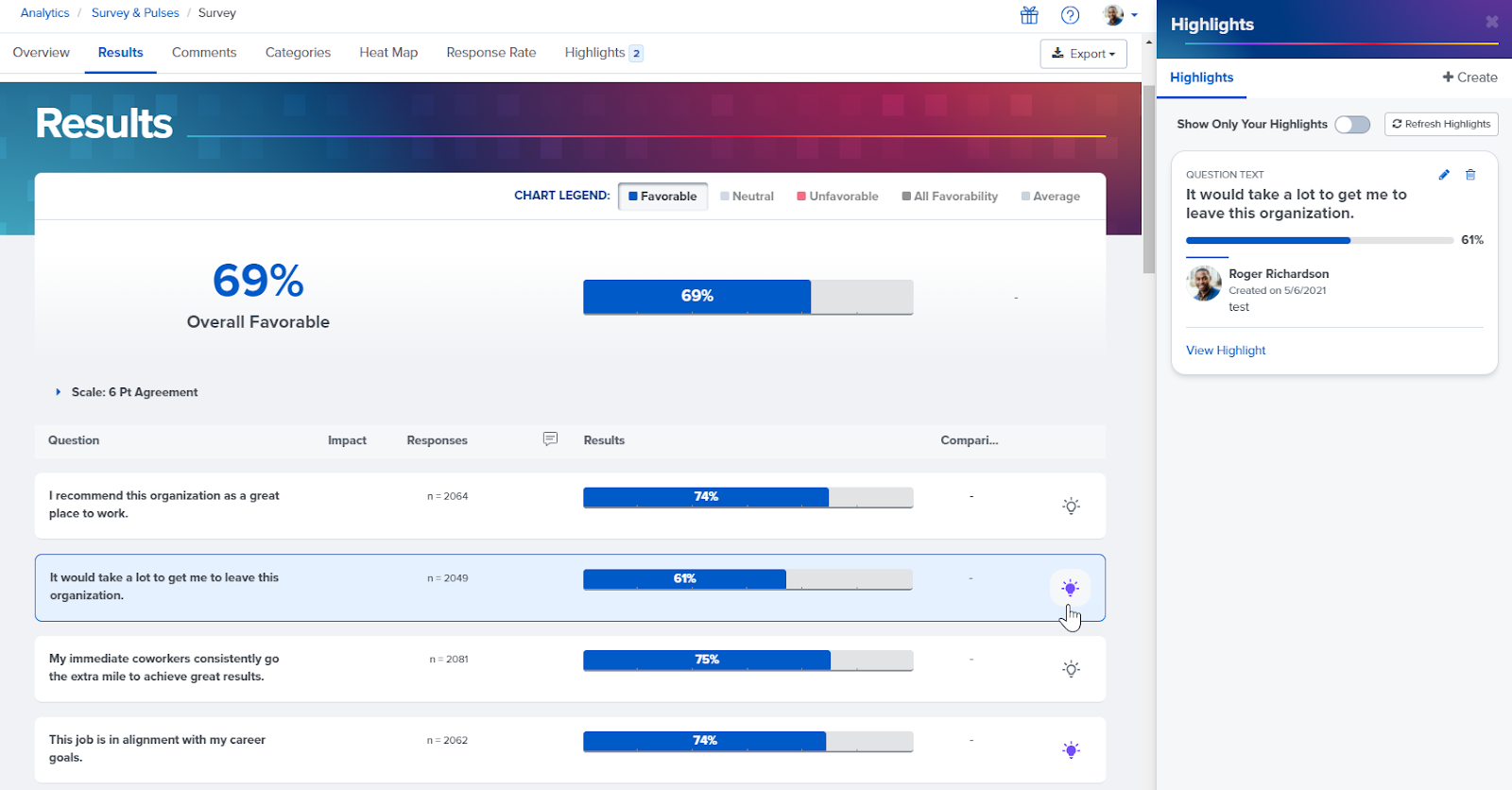 We reformatted the Highlights panel in Survey Analytics to ensure that the highlights do not obscure any of the survey results and to make it easier to see which survey items correspond to each highlight.

Rescheduling a Recurring 1-on-1

We fixed a bug that prevented some users from rescheduling their recurring 1-on-1s. 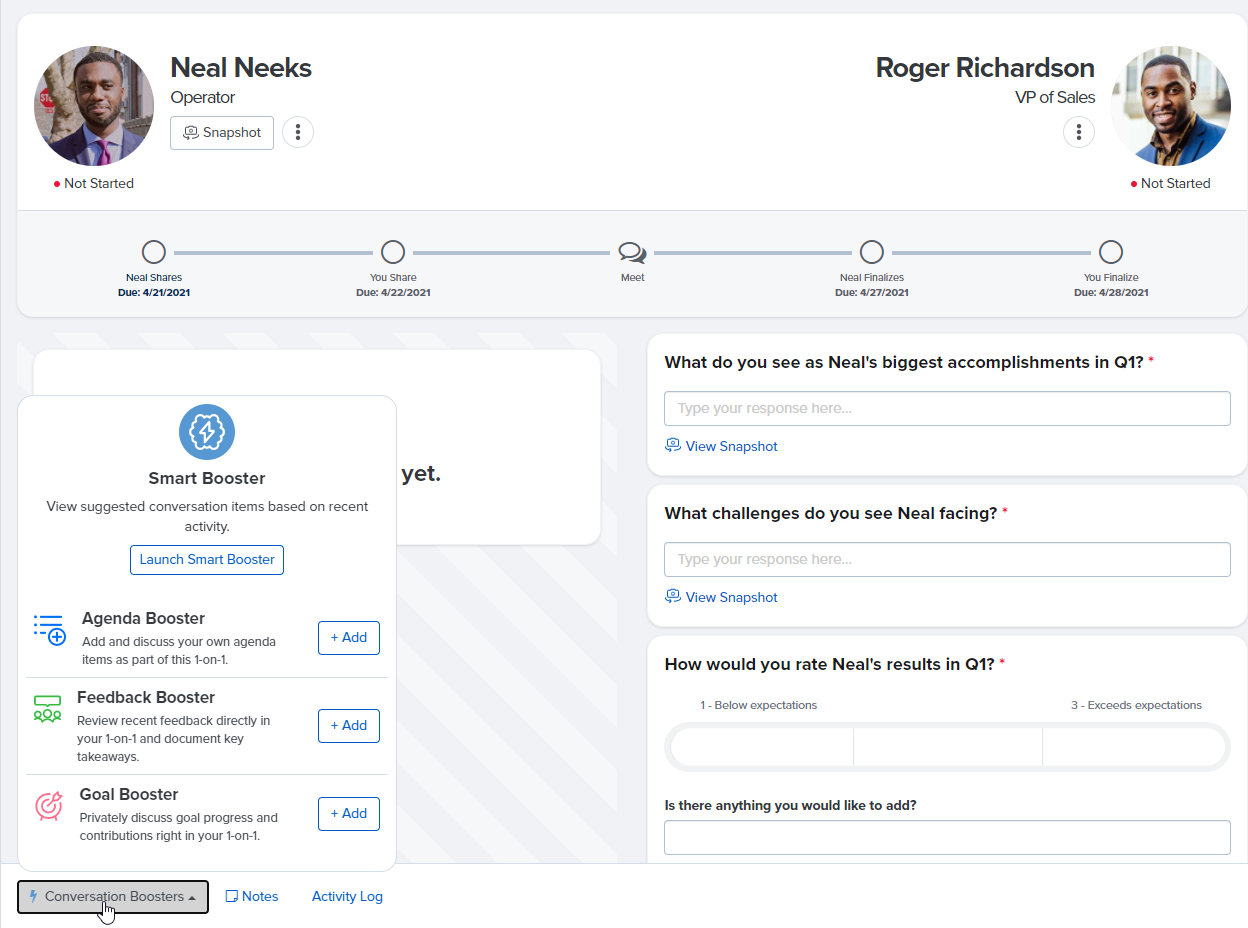 We resolved a formatting issue that was causing the Conversation Booster panel within 1-on-1s to display incorrectly.