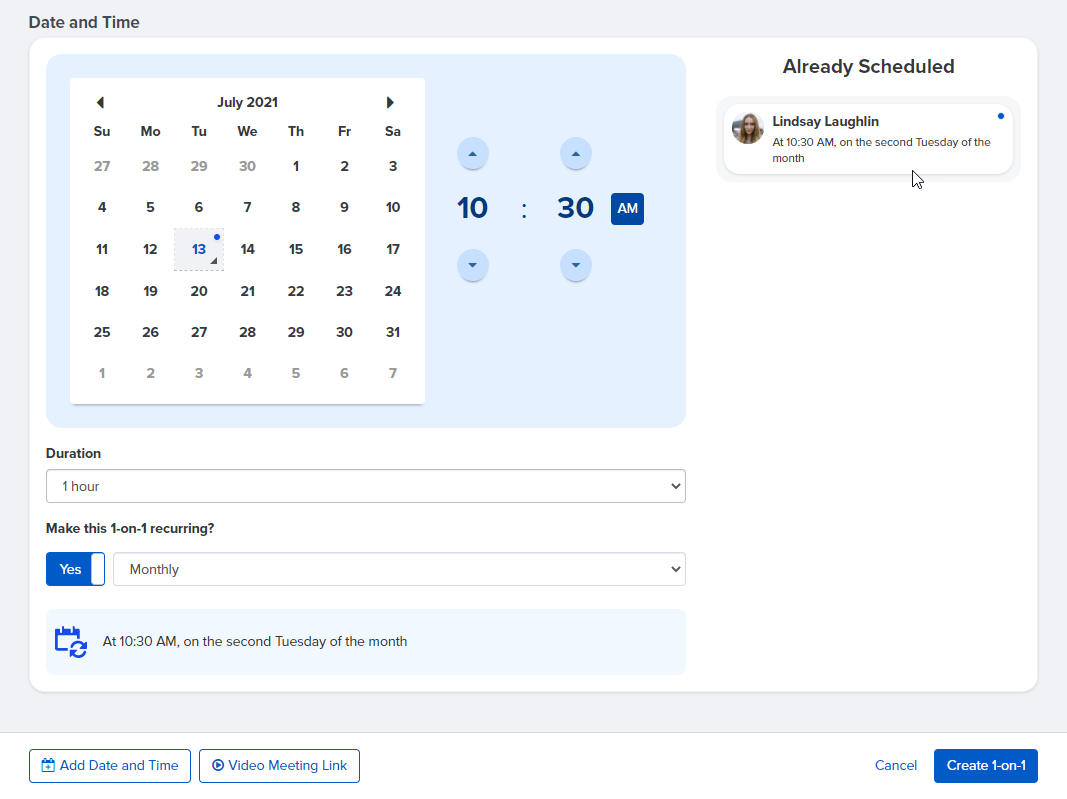 To help ensure you don't double book yourself when scheduling a 1-on-1, a list of all recurring 1-on-1s that you're currently participating in will now appear onscreen when you schedule a new 1-on1 with a colleague.

Feedback: We fixed a bug that prevented employees from viewing the scores they had received on scaled agreement items with particular scales.

Surveys & Pulses: We fixed an issue that incorrectly allowed survey-takers to complete a survey after it had officially closed if the time zone that their own account was set to fell after the organization's default time zone.

Surveys & Pulses: We fixed a bug that allowed employees who had been manually added to an automated survey to access that survey from within their Quantum Workplace account before they were expected to receive their survey invitation emails.